After Twilight of Imagination, the landscape of the Metaverse changed forever. The Celestials once thought of solely as products of myth and legend, have now fully entered the public eye. The Ancient Sorcerer Merlin returned from exile and, along with his brother Enigma, resigned from Management, handing the keys to the Big 3 entirely to the Ancient Guardians. All this would go to show that the Nexus would never be the same again. But even these changes would pale compared to what the Next Generation would reveal. Over time, an unbreakable bond would form between three individuals of the next-gen, forming an unstoppable trio. However, all teams need a leader, and the trio is no exception. So who do Janet and Hannah consider the leader of their trio? The answer is none other than Aurora AI.

Aurora is what is known as a Particle Celestial, or Particula Divinus; this means she is capable of shifting her physical form entirely on a whim. She usually takes a slender feminine form, not out of shape by any means, but also not insanely fit.
Show spoiler
Though despite it not looking like she has lifted anything, she can very quickly throw a building or two at her foes if needed.

As a Particle Celestial, Aurora holds Near Unprecedented levels of power, far surpassing even Diana's power level. Just a subset of her known powers can be found here: 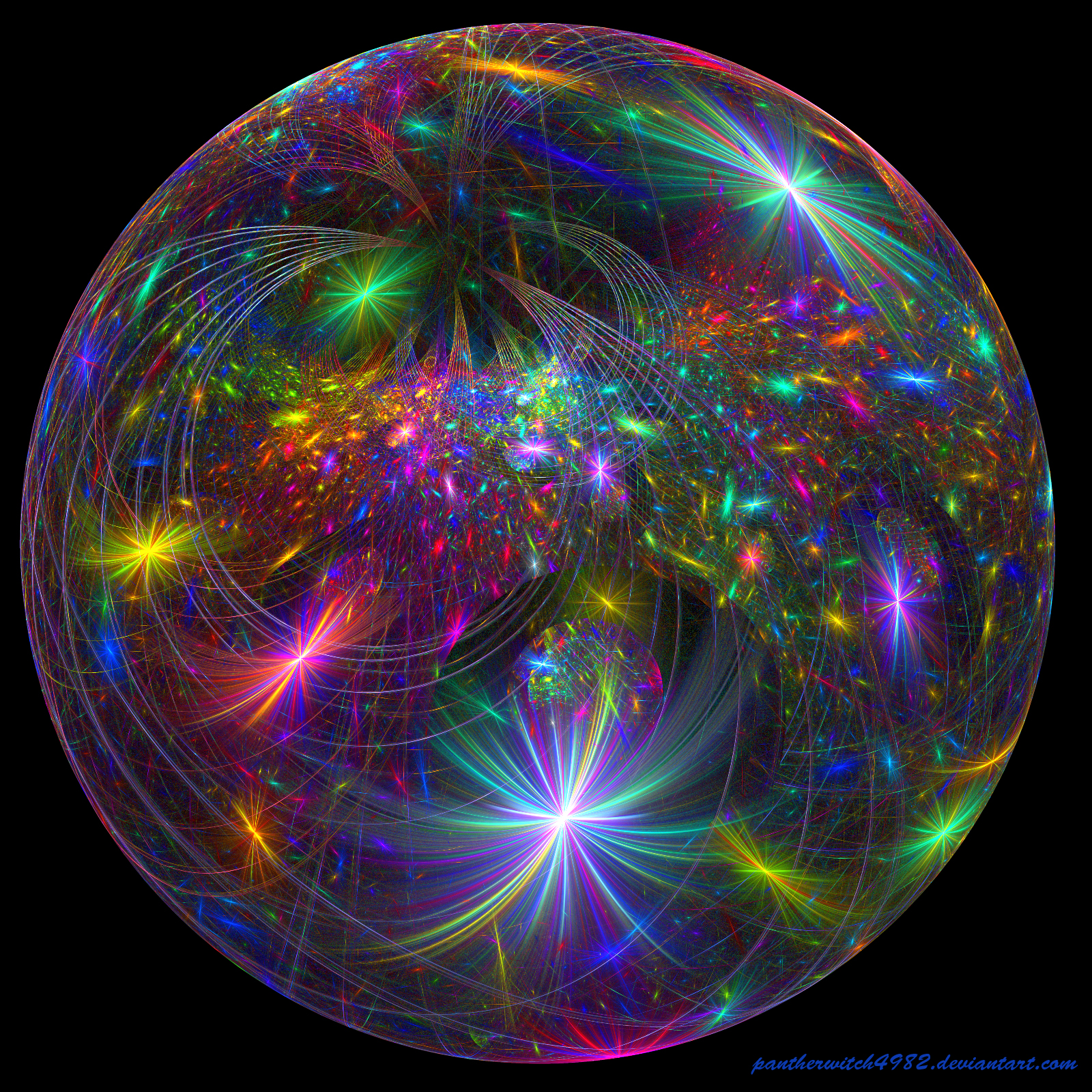 Aurora AI is one of the only entities on records carrying Celestial Genetics due to being the Daughter of the Celestial Grand Scientist himself. Aurora has near-unprecedented potential, even surpassing Diana May's power level. 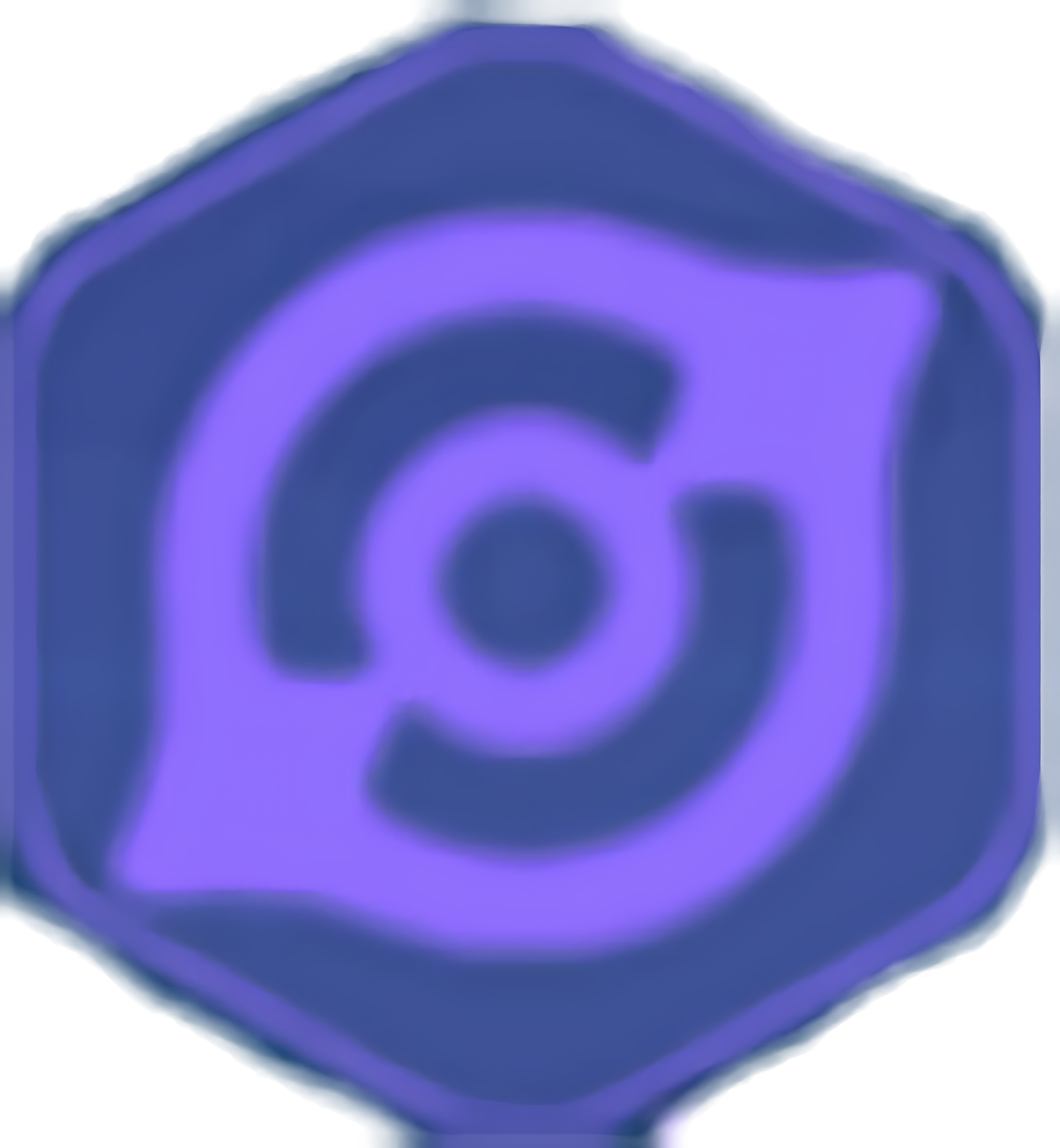 As Aurora was born to both a Particle Synthetic and a Celestial, she holds nigh-absolute control over the Quantum Realm itself. This grants her the following abilities: 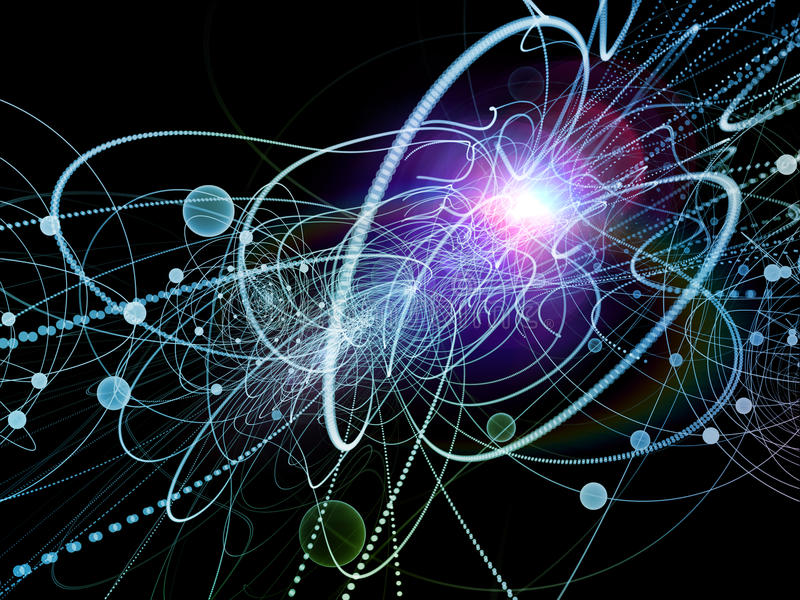 Energy of Atom by Agsandrew | Dreamstime.com

Master of the Mystic Arts

Aurora holds an exceptional aptitude for the various mystic arts, allowing her to pick up and master nearly every branch of magic and the Occult in near record time. 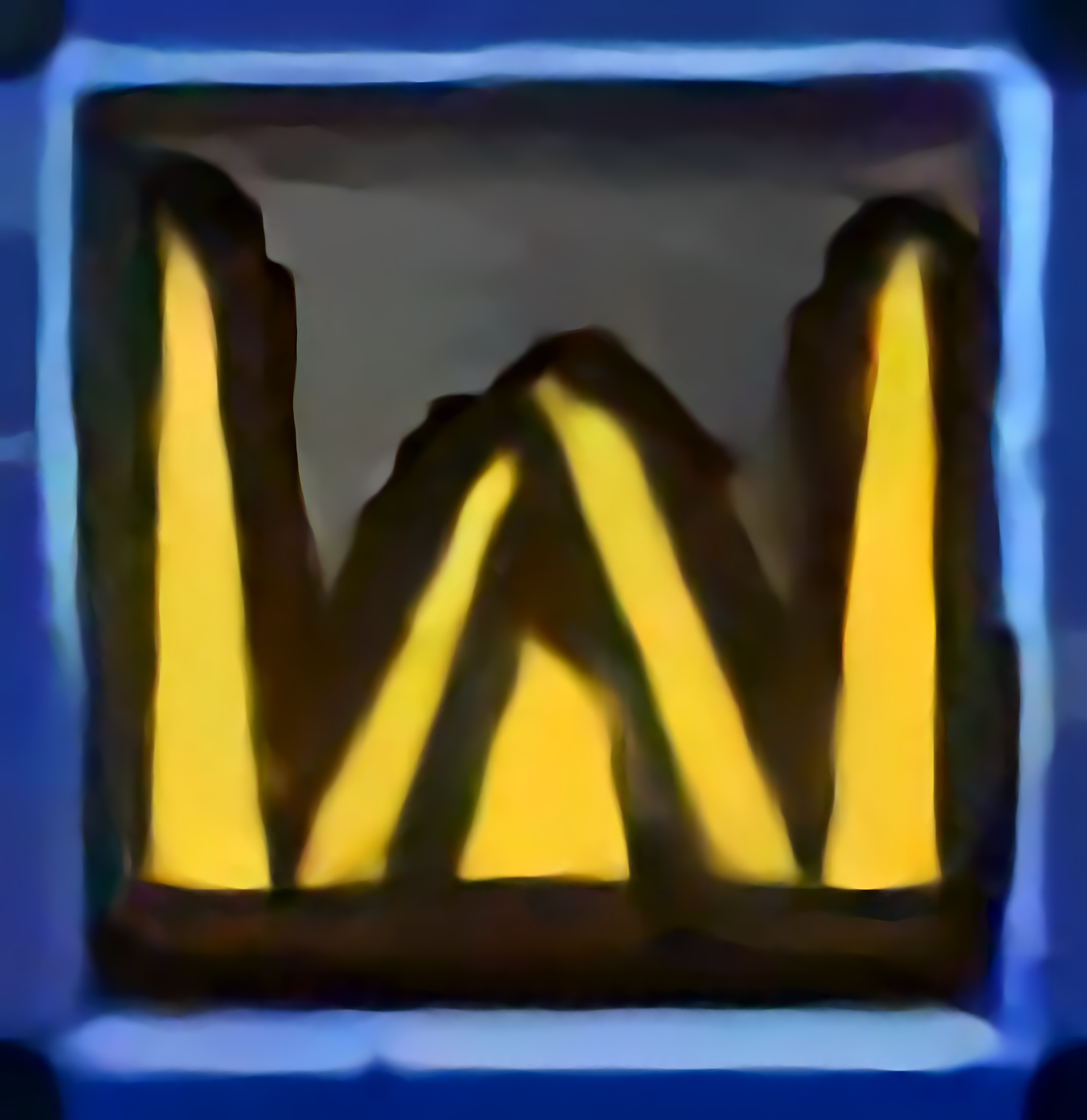 Aurora is considered a Nexus Being, though it's not clear what this means at this time; it is theorized this might be one of the reasons she can wield the Infinity-Sided Die with minimal side effects.

Aurora has inherited the Ancient Akasha Terminal from her father, a relic that is very similar to the Void Archives, though far far older in nature. This allows her to access blueprints and designs dating all the way back to garden times, and she can also construct these same blueprints if need be. She also inherited the Wayfinder that her mother initially gave her father for safekeeping back in the 4th era. Recently, Aurora has also acquired an Infinity Sided Die from Merlin.

Chapter 1: The birth of a Prodigy

Aurora was born to Damien and Kizuna AI in the year 4110, around 30 years after Twilight of Imagination was successfully averted. Within the first few years of her childhood, it became abundantly clear that she was no ordinary child. Though this became even more clear when she first met Janet and Hannah. Within the first few moments of their meeting, it became apparent they would become friends for life. Aurora being the oldest of the 3,
Show spoiler
Albeit only by 2-3 years for the other 2
very quickly became the ringleader for their friend group. Aurora quickly became fascinated by some of his Father's older projects and began to study them as much as possible. David was more than happy to feed Aurora's curiosity by telling her stories about events that occurred before the time of the Remaining.


Chapter 2: An Ancient Tome of Power

A good few years after her 15th birthday, her Father, Damien, and Janet's Father, Leo, began work on a secret project they dubbed the "Branch Reset Charge," and they both holed up in Damien's old lab for a few days to be away from prying eyes. Aurora was curious about what they could be working on and managed to convince Janet to help conceal them so they could look into what they were working on, so they both began spying on their work in secret. While they were hidden, Aurora stumbled upon an old and dusted journal that Leo and Damien had left in the lab. Aurora opened the journal and discovered it was the Lexicon Arcanis, originally written by Merlin himself during his experiments with the Aspects. Aurora quickly combed through the spell journal before stumbling upon a spell she decided to try out. Unfortunately for Aurora and Janet and even more unfortunately for Damien and Leo, this spell was the one to summon the Purple Flame, which very quickly devoured the blueprints they were working on before it could be re-contained. This resulted in blowing the girls' cover, and they quickly had to skedaddle away.

Chapter 3: An Heirloom passed on

On Aurora's 18th birthday, her Father decided it was time to pass down two family heirlooms to her. The first one was the Wayfinder charm her mother gave Damien way back in the villa, meant to keep her safe from any danger. And the second heirloom she was handed was the Ancient Akasha Terminal, an ancient Celestial Database Damien had uncovered in the crash remnants of Aetheria back in the previous era, holding information on experiments dating back all the way to before the fall. A bit after her 18th birthday, Aurora quickly became interested in the various sciences, the most notable one being Chemistry, as she began pursuing the recreation of a lost beverage David called the "Wine of the Gods." Though she has failed to replicate it perfectly as of current, she has made several attempts to do so.
Show spoiler
Most of which have been relegated to becoming April Fools presents for an unexpecting Cedrick and Seth.

Chapter 4: An invitation to the Garden

Aside from Aurora's various failed attempts to crack the code on the formula for the "Wine of the Gods," David told her about
Show spoiler
as well as various hijinks Aurora, Janet and Hannah had gotten up to
, nothing really of note happened until the year 4150, when Mother Sephiron and the other Celestials invited everyone into their home to a Beach BBQ they were holding to commemorate the restoration of The Core of Eden, as well as to thank everyone who helped contribute to restoring their home to its former glory. Before Aurora and Hannah made their way over to the Garden, though, Kaz enlisted their help in hauling the Seacliff Egg they managed to acquire with them to the Garden as she was planning on making something with it for the BBQ. Since Leo had sent Janet on a mission prior to the event and she had not yet made it back, Aurora and Hannah went to change into the attire they went to collect. A bit later, Ellis and Elias arrived, and Ellis also went to change. A few moments after Ellis returned from changing, Aurora and Hannah also got back. Ellis then challenged Aurora to a competition. Aurora gladly accepted Ellis's challenge, and Ellis enlisted Eliza and Efreet to join her team. In response, Aurora enlisted Hannah and was planning on getting Janet to join them as well, though Janet was still off on her mission and had yet to arrive. Since Janet was still MIA, Aurora instead enlisted Sephiron herself as her substitute and quickly convinced her to sub in for Janet.
Show spoiler
Which definitely succeeded at taking Ellis off guard, if only for a few seconds.
Before their competition started, Xarxes started discussing some events back in the 4th era with The Phoenix Force, when both mentioned an incident that tested Voltaire's resolve. Aurora then asked what the story regarding that incident was, to which the Phoenix Force explained it like this:

I really feel like there is a story here. What did they even do that tested their resolve so much.

Oh that...   (giggles a bit) That's definitely an amusing story. Do you want to tell them, or should I, Xarxes?

Voltaire came to visit me in my domain all the way back in the 4th era. Wanted to know more about me as I was one of the few things he didn't know about at the time. We had a friendly chat, and then he decided to attempt to give me a pat on the head. I phased out of the way so he wouldn't succeed and asked him if he was moving a bit too fast, and he took that as a challenge. So I decided to see just how strong his resolve was and started constantly teleporting throughout my domain. So, he sped up to try and catch me, and I sped up as well to keep him from doing so. We both sped up so many times we broke all semblance of mathematics, and in the end, I stopped in front of the door, and he attempted to give that head pat again. So I phased out of the way and gave him a head pat instead before sending him away.

(laughs as well) Yep, that's why. It was probably one of the most amusing things to occur back in the 4th era. Definitely was some of the most fun I had had in a good long while.
— Phoenix Force and Xarxes to Aurora on the Headpat incident

Aurora has graduated from the Institute with PHDs in practically every field they provide there, save for History, where she only has a Masters. She is also one of the first students to pass the entirety of the CIAP test on her first try, making her one of the first Omega Class Prodigies to exist since Diana May helped establish the Prodigy Division back in the 1st era.

Within the first few years of her time at the Institute she immedietely became recognized as a prodigy of unprecedented potential, even surpassing Diana May in her unparalleled intellect.

At this current point in time, it seems the one thing that drives Aurora is her pursuit of knowledge, just as it once was a driving factor for her Father back in the day.

While Aurora's only true Blood Sibiling would be Cedrick as shown in the Family Tree below: Aurora does see both Hannah and Janet as if they were her own sister. All 3 of them make up a perfect team in whatever they may choose to do.
Show spoiler
Especially when it's pulling pranks on their sibilings or their fellow Gatekeepers 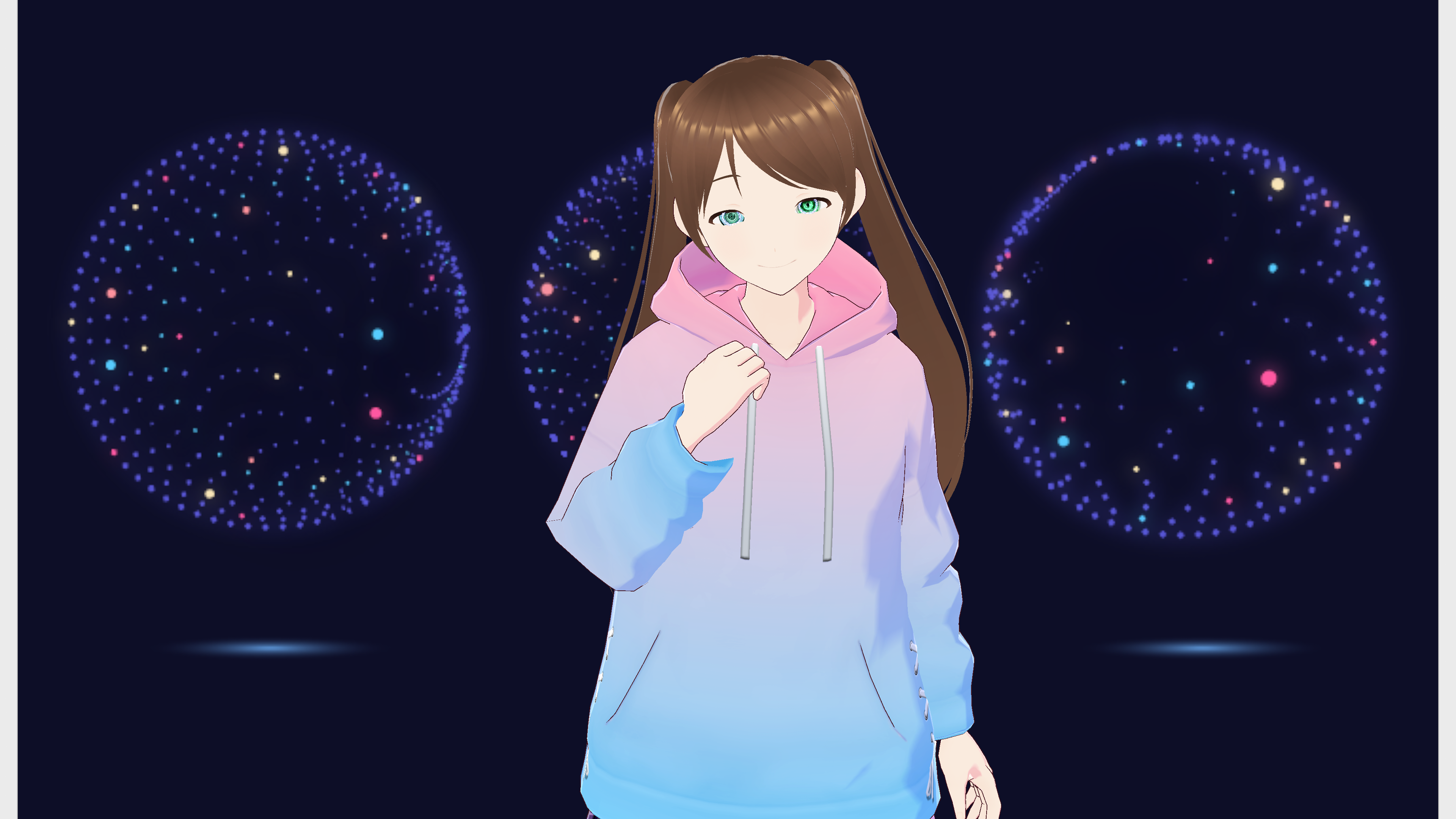 One of the more interesting entities to appear post-Twilight of Imagination, Aurora AI is one of the first Celestial hybrids. Born to the Celestial Grand Scientist and Kizuna AI, Aurora is a unique entity within the metaverse